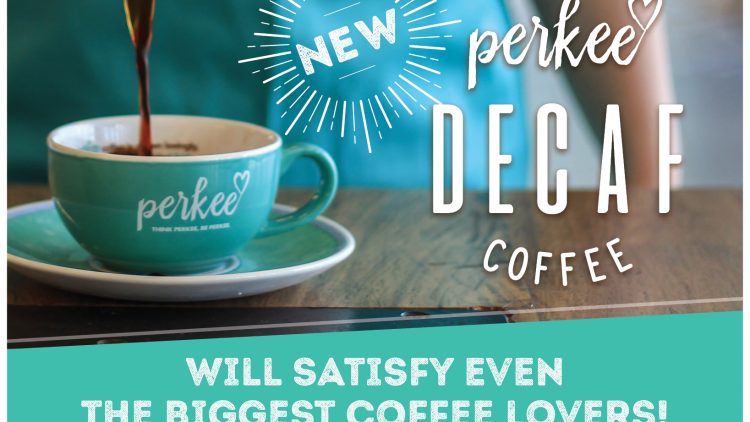 We’ve had a full on 2019 so far, with the bartlett mitchell barista competition, Perkee Carnival and most recently the launch of our own decaffeinated coffee (Perkee Decaf ) which has been on the horizon for the past year, something we’ve always aimed to roll out and it’s finally here!

Our sites now have access to a decaffeinated version of the whole bean Perkee coffee along with a pre-ground packet, weighed and ground to follow the newly developed recipe. It follows the same robust standards as our original and light roast, focusing on the quality of the espresso without the caffeine whilst retaining the delicate flavours that can be found at origin.

How the Caffeine is Extracted

The new Perkee decaf is created using the co2 decaffeination process, first discovered in 1967 by scientists at the Max Planck Institute, which involves using co2 instead of solvents to extract the caffeine.

This method involves soaking the raw green beans in a stainless steel container which then has liquid co2 pushed through at extremely high pressures. The liquid co2 extracts the caffeine from the green bean but doesn’t draw out any of the flavour, the caffeine charged liquid co2 is then transferred to an absorption chamber where the pressure is slowly released, returning the co2 to a gaseous state leaving the remaining caffeine behind. This method is far more sustainable than the traditional Swiss Water method, creating less waste and also allowing for the repurposing of the caffeine into alternative formats. The co2 process is a natural, safe process that preserves the beans’ innate chemical makeup.  The result is wonderfully, rich, flavourful coffee.

It’s taken a while for us to be able to offer such a high quality decaf that is almost indistinguishable from our current offer. We can proudly say that we’re serving a delicious coffee with or without caffeine!

Your brew guide to the perfect iced coffee

How to brew using a Moka Pot